Indraprastha INTERNATIONAL SCHOOL firmly believes in giving all its students a fair opportunity to prove their mettle and excel in their respective areas of interest. Keeping up with its motto, ‘Teach Each Child, Develop Whole Child’, we have well-trained teachers in Performing Arts, Sports and Art & Craft who leave no stone unturned when it comes to grooming the students with the right competitive spirit and the expert technique. Indraprastha, appreciates and applauds every student and celebrates their success stories be it trophies, medals and experiences, we create opportunities provide appropriate platform and equip every child with matching skills and success eventually follows. The school takes pride in its talented students when they bring valuable laurels to the school. 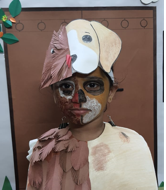 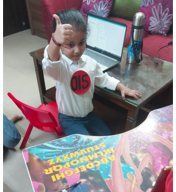 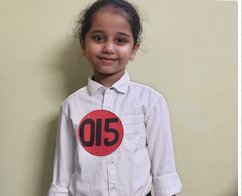 Once again IPIS has brought laurels to the Indraprastha family as we bagged another rolling trophy at the inter school event ‘Renaissance’ organised by Vivekanand Public School.

Congratulations 👏🏻👏🏻👏🏻 to the participants and the mentors for the impressive hard work.

“The difference between the impossible and possible lies in a person’s determination.”

Samaaira Saxena of class IV, the young shining star of the Primary Wing of Indraprastha School. Dwarka, added another feather to the institution by emerging a winner and bagging two Silver Medals and one bronze medal in in the state level Skating Championship.   For her extraordinary feat and exemplary performance, she has been conferred with a scholarship by the Delhi Government. She has also been shortlisted for National Championship Samaaira’s indomitable spirit and urge to reach out to the stars is a laudable.  We hope she keeps the flag of the institution fly high and exhibits the invincible attitude ingrained by the institution

“You can go far in life if you travel on your mind’s feet.”

Hargun Singh of class VB1 brought laurels to the school by showing an exemplary performance in Live TUK-IAT (International Aptitude Test). He qualified the prelims to reach the finals , conducted on October 23,2021 and November 14,2021 respectively and was emerged the winner among several participants . His performance is a testimony to the age old adage Any job worth doing is worth doing well.